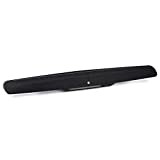 For good bass output, I’d normally advise people to steer clear of standalone soundbars, but the Q Acoustics M3 is an exception to that rule. This elegantly proportioned soundbar can kick out bass lines and explosions with the best of them, and yet there’s no ugly subwoofer to hide away in the corner.

It's the follow-up to the well-regarded Q Acoustics Media M4 , a soundbar that has taken pride of place in our Best Soundbars list ever since we first reviewed it at the beginning of 2016.

READ NEXT: Best soundbars – our pick of the best TV speakers

The key difference between the M3 and its older sibling is that it's £30 cheaper at £299, a price that brings it into direct competition with the Yamaha YAS-306 I reviewed recently.

Before you spend this much, though, you might also want to consider the Cambridge Audio TV2 sound base – a different sort of product, but one that also comes highly recommended and costs £100 less.

The first thing you notice is how much more attractive than the average soundbar the Q Acoustics M3 looks. Perched atop its wing-like aluminium stand, the M3 seems to float in front of your TV rather than simply sit there, and its sculpted shape is a welcome break from the angular black bars I’m used to reviewing.

It’s certainly better looking than the Media 4, and a touch more practical. The Media 4's deep, trapezoidal shape makes it tricky to position on narrow TV stands. While the Q Acoustics M3 is still quite chunky at 125mm deep and 70mm high, it's easier to accommodate than the Media 4.

Build quality is just as sturdy, too, and despite the slimmer profile, a similar selection of drivers is in evidence. Notably, Q Acoustics has squeezed in a similarly powerful 100W amplifier, and the same 100 x 150mm elliptical bass driver, although the BMR (balanced mode radiator) drivers handling the left and right channels are a touch smaller at 58 x 58mm compared with the 65 x 65mm drivers in the Media 4.

You also get a better selection of ports on the M3 than the Media 4. There's now an HDMI input with ARC (audio return channel) support in addition to the more traditional stereo phono and 3.5mm analogue jacks, plus an optical input that supports up to 24-bit/96kHz files.

That HDMI port means you can pipe sound to the M3 directly from your TV and control power and volume from one remote; alas, you can’t throw away the cheap-and-nasty credit-card-sized remote that comes in the box entirely, because that’s needed for switching sources and flicking between the soundbar’s movie EQ (which has a bit more bass) and standard EQ presets. 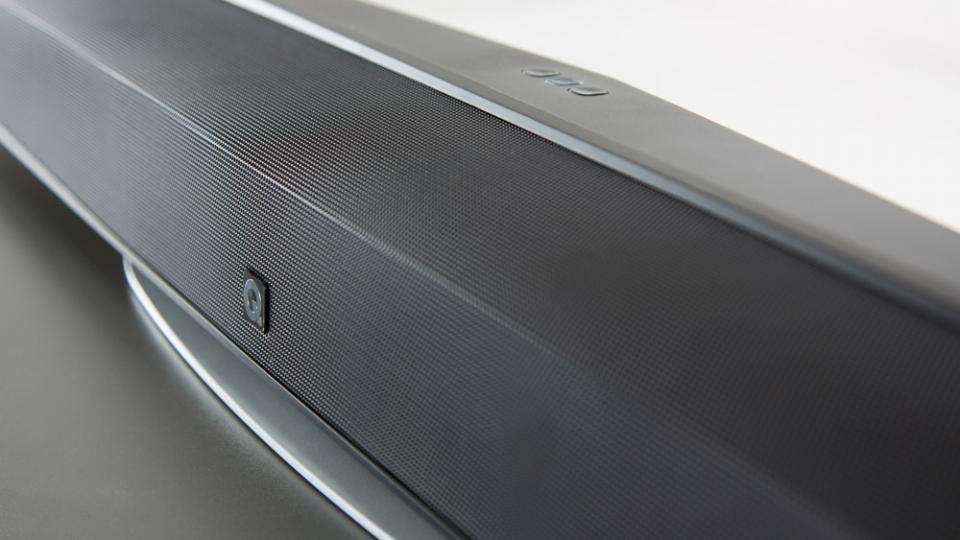 As for wireless connectivity, that’s covered by Bluetooth with aptX and NFC support for touch-pairing. There’s no Wi-Fi connectivity here, which means no support for Spotify Connect, Google Cast or Apple AirPlay. It also means no kind of multiroom speaker support.

In this respect, the Yamaha YAS-306 stretches out a lead over the Q Acoustics M3, including not only Wi-Fi and multi-room support but also extra features such as Bluetooth transmission and infrared passthrough.

The lack of Wi-Fi is disappointing, but that’s okay for a simple, non-surround soundbar. After all, the main aim of speakers such as this is simply to provide better audio quality than the pathetic speakers that feature on the majority of today’s modern LCD TVs.

And the M3 certainly does that, delivering a weighty, well-balanced sound that’s as at home with explosive special effects as it is with classical music or jazz.

It’s the amount of bass – and the quality and control over it – that’s most impressive, though, and it goes well beyond what you’d expect given the size of the M3. It's powerful and tight, lending body and force to all types of audio content, and those front-facing BMR drivers spread the sound broadly, too. Given there’s only two of them, you shouldn’t expect much of a positional effect, though.

What you do get, though, is strong and clear dialogue that isn’t swamped by sound effects or background noises, and that's critical for any TV speaker. This is one soundbar you won’t find yourself turning up and up and up in order to hear what characters are saying onscreen.

The only weakness, perhaps, is that the overall character of the sound, whatever EQ preset you use, is on the warm side. Its delivery simply isn’t as crisp or articulate in the mids and highs as, for instance, the far cheaper Cambridge Audio TV2 or even the Q Acoustics M3's big brother, the £30 more expensive Media 4.

For my money, the Q Acoustics M3 is a soundbar that’s well worth the asking price. It looks great and sounds amazing considering there's no separate subwoofer.

There are other products out there that are better in some ways: if you want the very best sound quality from a standalone soundbar, pay £30 more and get yourself a Q Acoustics Media 4 (although do bear in mind that it lacks HDMI input); if you don’t mind propping your TV up on a sound base, the Cambridge Audio TV2 is far cheaper choice and sound quality is equally good.

However, if you want an elegantly designed standalone soundbar that delivers the sonic goods and absolutely must have HDMI input, the Q Acoustics M3 won't disappoint.