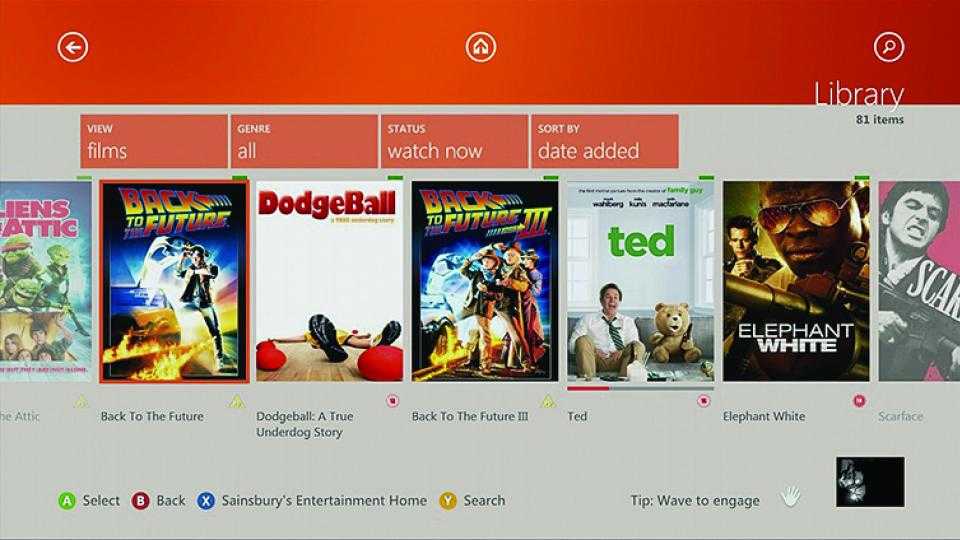 Sainsbury's doesn't make a huge deal about its digital film and TV rental service, and while the supermarket chain may not have the confidence to shout from the hills about it, it's well worth a look if you're searching for a bargain.

You may have already come across Entertainment On Demand through in-store film rental voucher giveaways, or you may have received a free film rental by dint of subscribing to the Mobile by Sainsbury's phone network or a £25 voucher for subscribing to Sainsbury's Anytime Delivery online shopping service. Those who bought the bargain £79 Linx tablet from Sainsbury's will have had the Entertainment On Demand Windows 8.1 app pre-installed, too.

Content is available in HD with stereo sound. Sainsbury's does not state which content, if any, is delivered in 1080p. The service is powered by Rovi, which develops the DivX codec that can stream at 1080p quality.

From the off, it's clear that Sainsbury's Entertainment isn't going to break into the mainstream; it launched in 2013 with just a few hundred films to its name and the catalogue doesn't seem to have grown by much. The TV selection is even thinner; attempt to find TV programmes aired in 2015 and you'll draw a blank. The most recent TV episodes you'll find are from 2014, with Community Season 5 one of the most recent TV series available.

There are a few high-profile titles, including the complete Breaking Bad collection and Mad Men, although only the first two seasons of the latter are available. The upshot of this is that most of the TV programmes are pretty cheap, but when you can buy the complete final season of Breaking Bad for a little more on iTunes and get several extra features to boot, Sainsbury's deals don't seem all that attractive.

There are, however, some bargains to be found in the films section. If you're willing to watch in SD, you can rent (at the time of writing) 12 Years a Slave, Django Unchained and Ted for 99p each. There are new releases, too, including digital pre-releases of big films such as Home and Chappie. You'll pay the going rate for an HD film; £4.49 to rent for 30 days (finish watching within 48 hours) and £13.99 to buy.

If you're not sure what you're after, Sainsbury's Entertainment's filter functions are very useful. You can filter films by genre, age rating, year and Rotten Tomatoes score. You can also search by actor, so if you have a hankering for a particular star, you can find their latest films as well as a few older ones that Sainsbury's has in its library.

Sainsbury's doesn't detail the resolution of its HD content, but on a full-screen HD monitor it looks slightly pixelated, so we're willing to bet it's 720p. No English subtitles are available on any videos, so Sainsbury's Entertainment should be avoided if you're hard of hearing; in April Sainsbury's said it was hoping to add these in "the near future".

Sainsbury's Entertainment is available on a reasonable range of devices, so no matter what kit you have, you'll probably be able to play Sainsbury's content on your TV, smartphone or tablet.

iOS, Android and Windows 8.1 devices get a similar offering in the form of a Sainsbury's Films & TV app. You can stream and download purchased items in 720p, and you can also browse and buy from the store on the Android and Windows apps. However, once you download a rented video, you won't be able to watch or download it from anywhere else; the device you downloaded it to is the only one that'll be allowed to play it back. If you want to switch from device to device, stick to streaming.

Elsewhere, you'll find Sainsbury's Entertainment on the Xbox 360. You can't download videos to watch offline, but you can at least watch in 720p HD. If you don't have an Xbox 360, you can watch on your TV either by casting from an Android tablet to a Chromecast dongle, or by sending your content to your Apple TV from an iOS device or any computer running iTunes via AirPlay. There's also a Roku app.

With such a wide range of devices available, the one-device download policy is all the more irritating, particularly for those who, for example, like to start watching a film on the way home from work on their tablet, and then like to switch to the bigger screen on their PC, Xbox or Roku when they get home. Sainsbury's Entertainment isn't particularly flexible in this regard, which is a shame.

There's no hiding from the fact that Sainsbury's Entertainment On Demand is a compromised experience. It ticks the boxes for having the latest films, and you can watch it on just about any screen you own. However, a small small content selection and obtuse limitations means its appeal is severely limited. Its various special offers and deals mean it's worth a visit from time to time, and if you collect Nectar points, it's as good a place as any to watch a new film for the same price as any of its much bigger rivals. 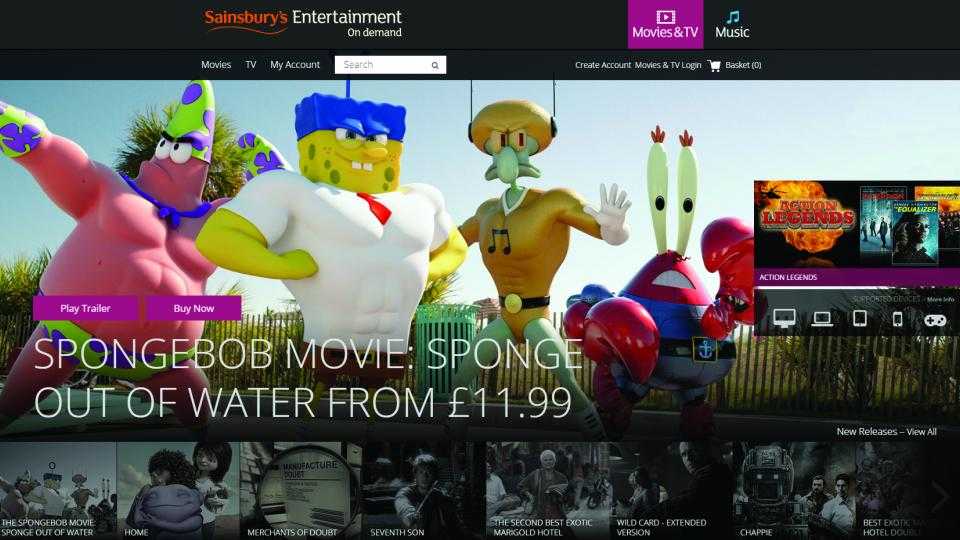