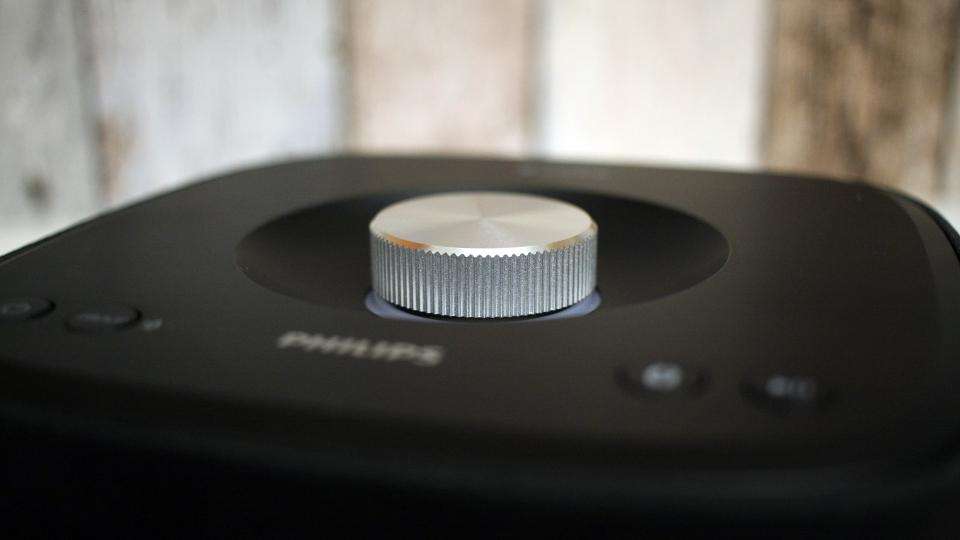 The appeal of the Philips Izzy range of multiroom speakers is two-fold. Not only are they incredibly simple to set up, but they’re also inexpensive compared to many rivals. At around £100 for each speaker, the BM5 is significantly cheaper than the entry-level option from the likes of Sonos , Bose and Raumfeld .

The BM5 is available in a choice of either black or white finishes, whereas the better-equipped BM50 (review soon) is only available in black. The BM5's footprint is quite a bit larger than a Sonos Play:1 but is around half the height at 165x165x118mm. Speaker cloth extends around its circumference and the top is dominated by a large volume dial that illuminates in either white or green to show if the speaker is turned on, muted or in group mode.

The silver rotary volume dial provides a pleasing level of tactile feedback compared with simple volume buttons, and pressing it down will instantly mute your music. Below this are power, group, Bluetooth pairing and play/pause controls. If you have multiple speakers grouped you can hit the pause button on any speaker to pause all of them.

Each Izzy speaker communicates with others through a dedicated 802.11n wireless network and all you need to do is hit the ‘Group’ button on each speaker you want to synchronise and one of the speakers takes the lead as the ‘Master’ speaker. 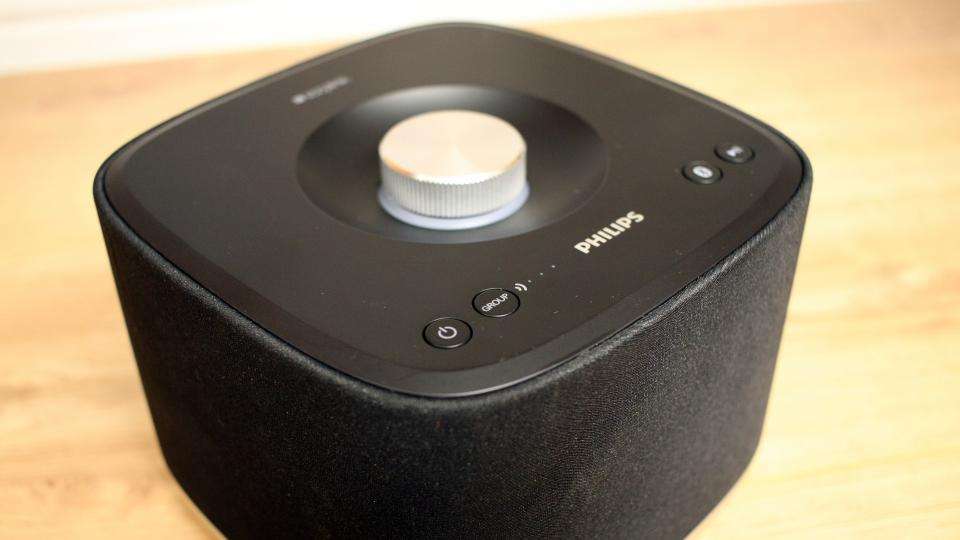 The whole process only takes a few seconds but does require you individually pair each speaker with the Master at first. After this you can have music playing simultaneously from different speakers around the home, easily switching which speaker acts as the Master.

Getting music to each speaker is handled through Bluetooth, rather than the speaker communicating directly with music streaming services through the internet. This means your audio source needs to be within Bluetooth range (around 10m) of your Master speaker, but does mean that essentially any music service or source is compatible.

This means you can have audio coming from Spotify, Apple Music, a podcast app or even YouTube, and the Master speaker relays this to every other speaker. With other internet-connected multiroom speakers, you’re dependent on compatibility with your streaming service of choice.

You can have a maximum of five speakers in a single group, which should cover all but the largest of homes. As well as Bluetooth, the BM5 also has a 3.5mm auxiliary connection. Disappointingly, audio from the auxiliary in can’t be relayed to other speakers from a BM5. 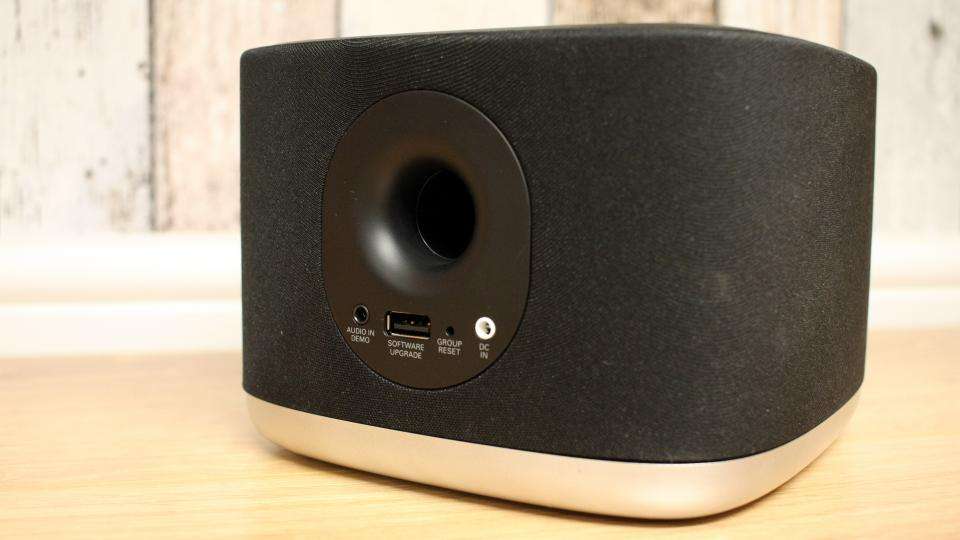 This is a little strange as the BM50 will happily broadcast from its auxiliary connection as well as its other audio sources. Swapping from the auxiliary connection back to Bluetooth also requires you to put the speaker into standby and turn it back on as well, which is annoying. There’s also a USB port on the rear but this is used purely for upgrades, whereas you’re able to play MP3s from a USB source on the more expensive BM50. 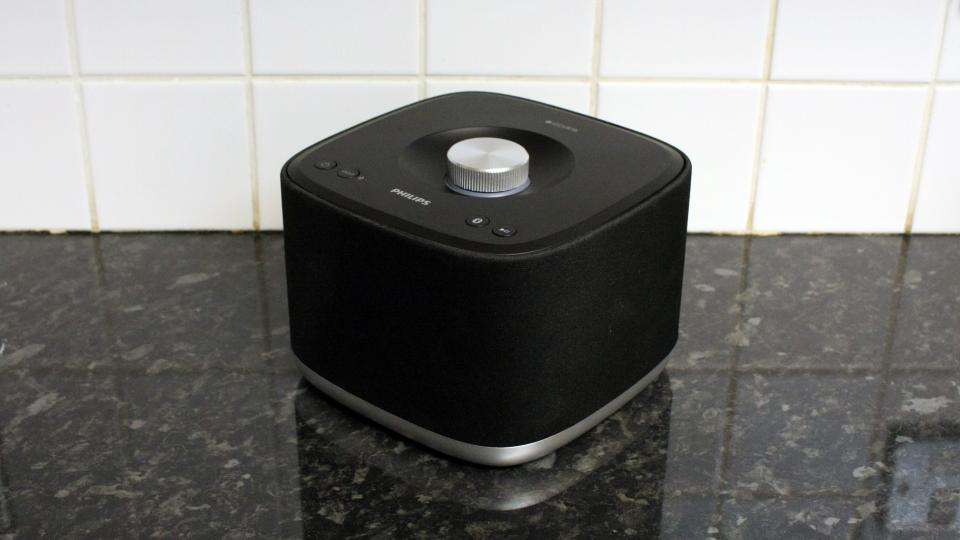