Now TV passes explained: How to purchase, use and cancel a Now TV pass 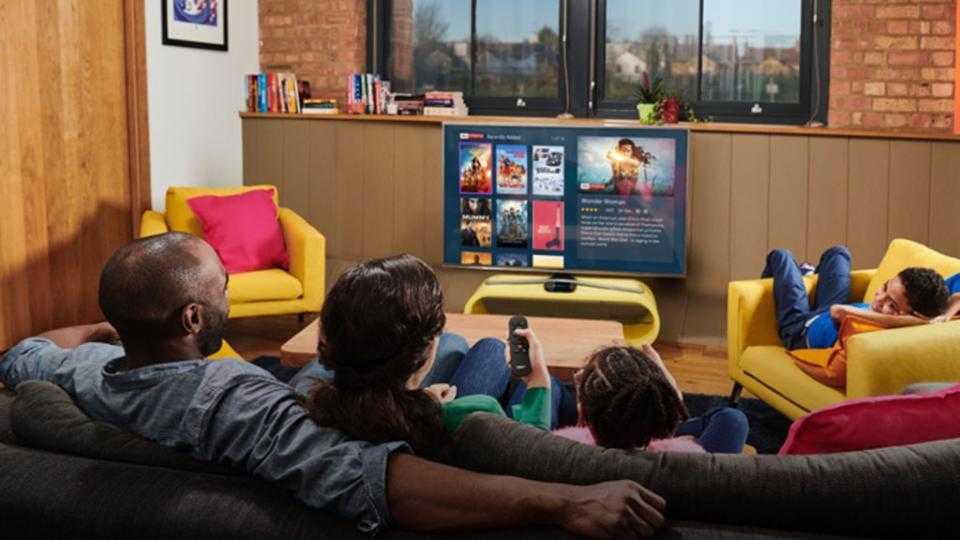 Now TV passes explained: How to purchase, use and cancel a Now TV pass

Now TV Passes are the best way to watch Sky TV programming without paying for any setup fees or signing up to costly, long-term Sky TV contracts that often include exorbitant cancellation fees.

Put simply, Now TV is the only way to watch Sky's impressive movie library – the only one that can rival Netflix and Amazon Prime – or its coveted selection of hit TV series from HBO — including Succession , Westworld , Game of Thrones and Chernobyl among others — without a Sky subscription.

And yes, you can also stream live sporting events, including the Premier League , EFL , Formula 1 , NBA and more, instantly on any device. The service also has thousands of ad-free kids TV shows and reality TV shows to keep both kids and parents entertained for hours on end.

The streaming service can be quite daunting, at first glance. Now TV is less straightforward than its rivals Netflix or Amazon Prime Video, due in part to the various passes and services that it offers.

To help simplify matters, we’ve put together a comprehensive explainer that covers what Now TV actually is, and how to watch it, as well as how to purchase or cancel Now TV's different passes.

What is Now TV?

Now TV is an a-la-carte version of Sky TV, the UK's largest pay-TV broadcaster. It's a brilliant on-demand streaming service that lets you pick and choose which Sky TV genre appeals to you, after which you simply choose a specific Now TV pass, and start watching content on any of your devices.

For example, say you love watching films and don't have Sky Cinema. You can simply purchase a Now TV Sky Cinema Pass for £11.99/mth and start streaming any of the 1,000+ films that Sky Cinema offers. What's more, you can watch films live or on-demand on any of your device, and even cast them to your TV directly from your phone or tablet. The same goes for live sporting events and TV shows broadcast on Sky TV.

Sky TV subscribers will know that you need to commit to a long-term contract that usually lasts 18 months, during which time your contract price can increase by a few pounds. Apart from this, you need to pay an initial one-time setup fee, then wait for someone to set up a Sky Q box at your home.

In comparison, Now TV lets you select one of its passes, make the payment and start watching Sky TV content instantly on over 60 devices . Before we dive into the different Now TV passes and what you get with them, here's some quick bite-sized information about Now TV.

READ NEXT: Now TV and Sky offers and deals

Now TV Passes: What you need to know

You don’t need an aerial to use a Now TV device, but you will need a solid broadband connection

Most passes (except the Now TV Sky Sports passes) come with a seven-day trial for new customers. If you cancel within these seven days, you won't be charged

You can add six new devices every month and use your Now TV account on any two devices at the same time. Default streaming quality is limited to 720p

However, you can increase your device limit to three and upgrade your streaming quality to 1080p HD if you add Now TV Boost (more on that later)

You can turn on your Parental PIN to place age restrictions on certain content, and a Payment PIN to ensure that others don't accidentally order passes from your account

Here’s a quick lowdown of all that Now TV has to offer at the time of writing, including price information for each. 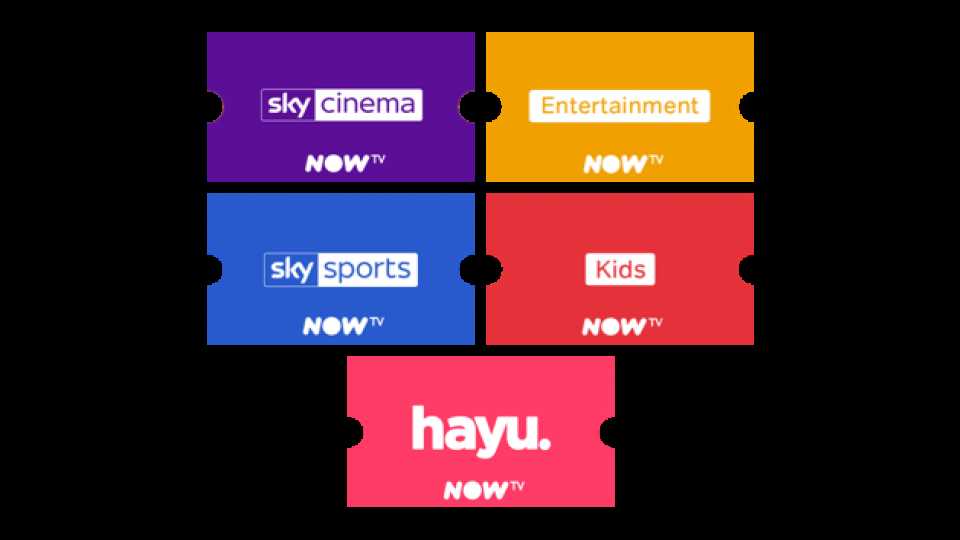 The Now TV Entertainment Pass is one of the most popular passes that Now TV has on offer. For a rolling £9/mth (cancellable at any time), you’ll get access to over 300 of Sky's box sets. This content spans 11 paid TV channels, including Sky One, Sky Atlantic, Comedy Central and more. If you want to test the waters before shelling out, you can also take advantage of a seven-day free trial. The pass includes every episode of brilliant TV shows like Game of Thrones , Westworld , The Outsider and Curb Your Enthusiasm .

At £12/mth, the Now TV Sky Cinema Pass is a little more expensive, but also better value for money because you’ll get access to 11 live Sky Cinema channels. That's over 1,000 movies and a new premiere every day. There’s also a huge back catalogue of movies for you to watch on-demand, with recent hits such as Frozen 2, Avengers: Endgame, Toy Story 4 and A Star is Born all available to watch at the time of writing. As with the Entertainment Pass, you get a seven-day free trial with this pass.

READ NEXT: Best films on Now TV and Sky Cinema

Rounding up the most popular Now TV passes is its crown jewel, the Now TV Sky Sports Pass . This is also where things get a little bit more complicated because, in comparison to the other passes, there are two Now TV Sky Sports passes: 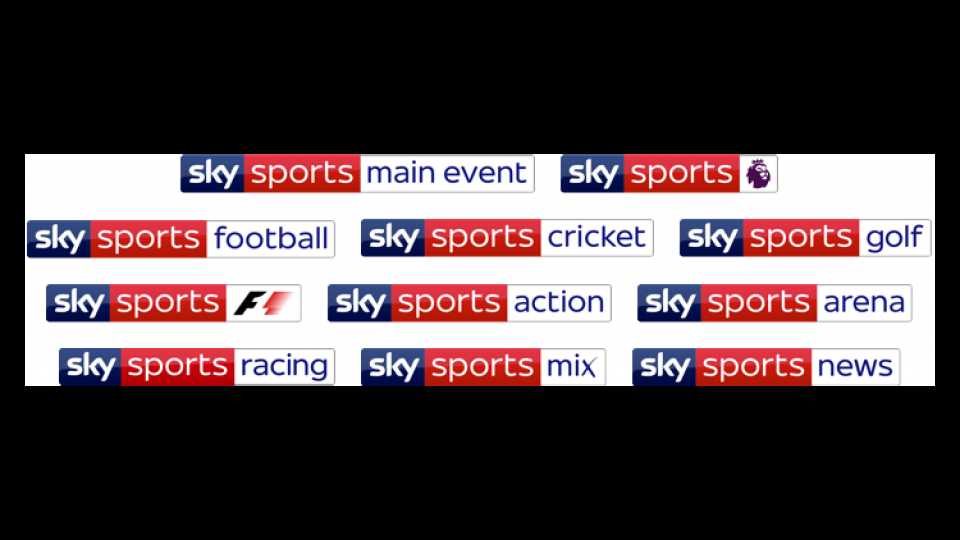 These passes are the best way to watch sporting events that Sky has exclusive rights to air, including marquee Premier League games, the entire F1 season , the EFL Championship , specific NBA games and more. While both passes give you access to 11 exclusive Sky Sports channels, the Day Pass limits streaming quality to 720p. In comparison, the Month Pass is more value for money because it gives you full 1080p streaming and three people can use the pass on different devices at the same time,

For just £4 per month, Now TV Kids Pass gives you access to over 1,000 kid shows across six channels including Cartoon Network and Nickelodeon. This includes Paw Patrol, Peppa Pig, SpongeBob SquarePants and Mr Bean. Again, there’s a seven-day free trial and, best of all, your kids won’t have to sit through any pesky adverts.

Rounding up all the Now TV passes is the Now TV Hayu Pass . With this pass, you can watch over 5,000 episodes of popular reality TV shows such as Keeping Up With the Kardashians, The Real Housewives of New York City, Project Runway, Jersey Shore and more. The pass costs £4 per month, and it also comes with a seven-day free trial.

If you have a surround speaker system or soundbar, then Now TV Boost will also upgrade your audio experience to Dolby Digital 5.1. It's worth noting that Now TV Boost does not work on PCs, smartphones and tablet. You'll need a compatible TV, Now TV Smart Stick (scroll to the bottom), a Roku Streaming Stick or a PlayStation 4 to take advantage of the enhanced streaming and audio quality.

Now TV Passes: How to purchase, use and cancel a pass

Buying a Now TV pass couldn't be simpler. Simply head over to the Now TV website and click the TV Passes dropdown menu to see a list of passes on offer, or head over to the Now TV Offers page , where you often get cheap deals on a single pass, or combined passes for a discounted rate. Next, simply choose the relevant pass or offer that you want.

You'll be prompted to create an account (if you don't have one yet) and enter your bank details. If you have an existing account, this whole process is much cheaper. You may just need to confirm your selection and checkout. After you’ve bought a pass and chosen the content you’d like to stream, the Now TV website will then prompt you to activate your pass, which is the last stage in the process.

How to use a Now TV pass

To watch Now TV content on a PC, you’ll first need the Now TV Player app . Both Windows (8.1 or later) and Mac (OS X 10.9 or later) operating systems are supported, as are Android devices running version 4 or higher and iOS devices running version 8 or higher if you want to watch on your smartphone or tablet. You can also watch Now TV on your Xbox One or PlayStation 4. To do this, simply search for the Now TV app in the relevant gaming console app store, then login to your account to start watching.

How to cancel a Now TV pass

Cancelling a Now TV pass is easy. For rolling passes, head to the Now TV website, click My Account, then Passes & Vouchers from the dropdown menu. Hit Cancel Pass next to the one you don’t want any more and just follow the onscreen steps. Once cancelled, you’ll be able to keep watching until your next payment is due.

If you want to cancel a one-off Sky Sports Day, you can only do so if it’s been bought in the last fortnight and hasn’t been activated. To do this you’ll need to contact Now TV directly and speak to one of the company’s advisors.

READ NEXT: How to cancel your Now TV subscription

As we mentioned before, Now TV is compatible with over 60 devices , including most PCs, mobile phones, tablets and even gaming consoles, so you don't necessarily need to buy any additional hardware in order to start watching content. That said, Now TV has its own smart device that lets you stream the content you want straight to your TV. It's called the Now TV Smart Stick, and it comes with HD and Voice Search built-in

This starts from £24.99, depending on what options you want to be activated on your Smart Stick beforehand. Once purchased and delivered, you can connect the Smart TV to your TV and Wi-Fi using the easy-to-follow guide in the manual provided. After doing that, simply login to your Now TV account and start streaming. The Smart Stick also includes a list of additional apps that you can download, including Netflix, YouTube, Roku and Disney Plus.