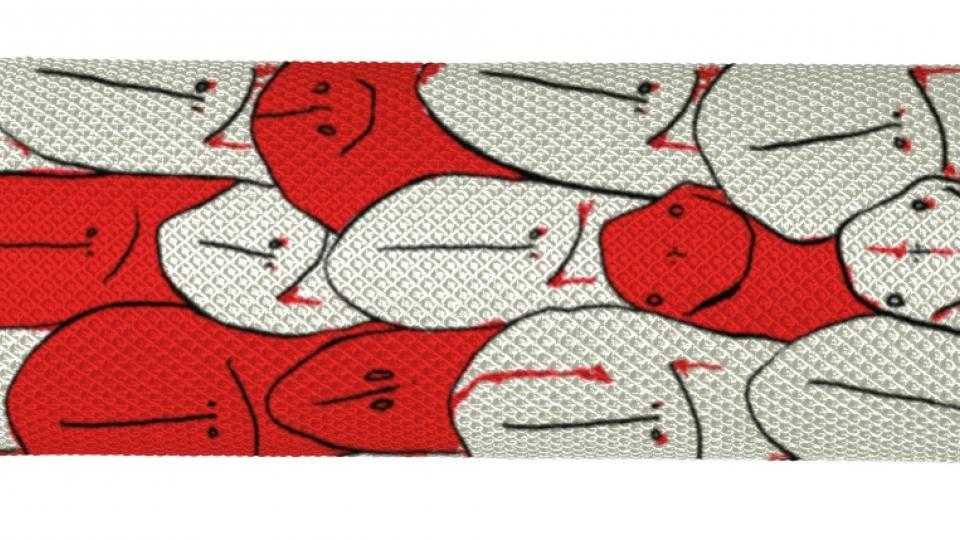 Skrillex - he's either a dubstep and EDM visionary or that overhyped DJ with the dodgy haircut, depending on who you ask. Logitech clearly think he's the former, as the company has signed him up to produce a limited edition version of its Ultimate Ears Boom portable speaker.

The water- and stain-resistant acoustic skin that surrounds the cylindrical UE Boom has been redecorated with hand drawn visuals created by Skrillex, real name Sonny Moore, but otherwise it retains the same 360-degree sound, water bottle proportions and 15 hour battery life of the original. It also has NFC for one-touch pairing with a smartphone or tablet, and a built-in karabiner clip to hook to your rucksack.

We're certainly no art critics, but the red and white design isn't exactly a masterpiece - although it is at least eye-catching.

This isn't the first time Skrillex has partnered with a company in the tech sphere - his dubstep/reggae infusion with collaborator Damien Marley 'make it bun dem' appeared in last year's Far Cry 3 , but it is the first time his name has appeared on a physical product.

"The UE BOOM is awesome because it’s small, portable and powerful," according to the man himself. "They get so loud! I listen to them all the time on tour – from the bus to backstage. They're the best little speakers you can get, which is why I’m pumped to have my own artwork covering a custom edition."

The Skrillex Edition UE BOOM should be going on sale in the UK, as well as certain countries in Europe later this month, with an RRP of £169.99 - the same price as the regular edition, which is still available in a range of other, less in-your-face colours.