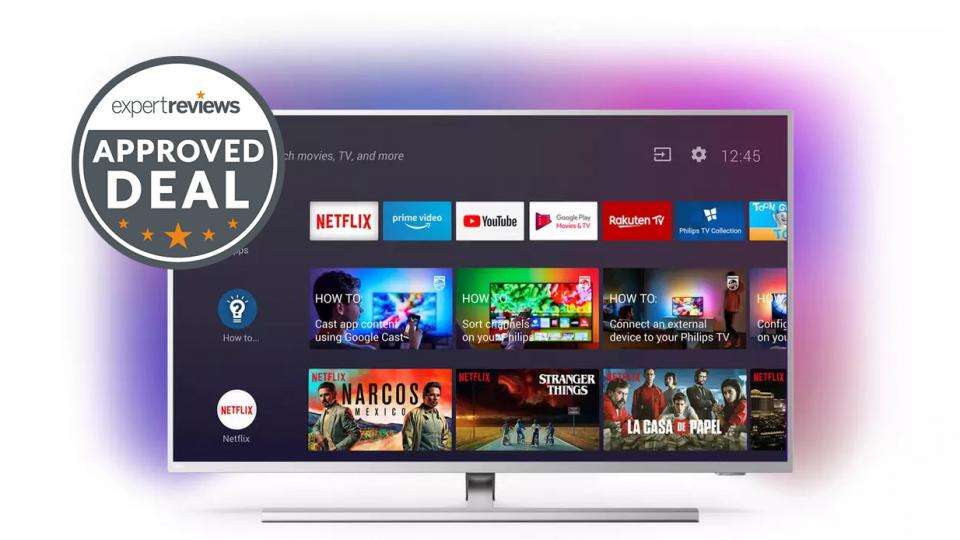 Philips TV deals are rife this Black Friday. Right now at several major retailers, you can bag a tidy £100 saving on a new Philips 8500 series 4K HDR TV with three-sided Ambilight. No matter where you shop, this is the cheapest the 8500 series TV has ever been.

Now, we should clarify one thing first: the Philips 8500 actually has a different name depending on who’s selling it. At Currys PC World, it’s the Philips 8555 ; at Argos, it’s known as the Philips 8505 ; and at AO, it's the Philips 8535 . But they are in fact all the same television, and they all currently cost £550 down from £650. Aside from being a new low for the TV, that's a great price considering the panel size and features.

These 4K TVs cover all four of the mainstream High Dynamic Range (HDR) formats, those being HDR10, HDR10+, Dolby Vision and the broadcast-friendly HLG, so you’re well covered for HDR playback from any source. The Philips 8500 also has Dolby Atmos audio support, which will come in very handy for those with a soundbar or surround sound setup.

You also get three-sided Ambilight, the unique selling point of Philips TVs over its rivals. Ambilight is an ambient bias lighting system that reacts to on-screen action or music to enhance your immersion, and it can also be fine-tuned to your liking. As an added bonus, Ambilight reduces eye fatigue, letting you enjoy your series binges and gaming sessions for even longer.

The Philips 8500 series runs Android TV, so it has Google Assitant voice control and works with any Google Home devices you may already own. All the major paid streaming apps can be accessed through Android TV, from Netflix and Disney Plus to Amazon Prime Video and Now TV. And of course, all the free UK catch-up apps like BBC iPlayer will be right at your fingertips as well.