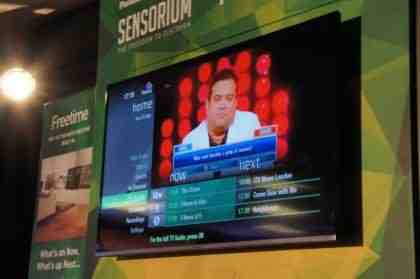 Last month, Panasonic announced that it would be integrating the Freetime TV service into its 2014 TVs in the UK. Unfortunately, we weren't able to take a closer look at it at the time, but Panasonic are now demoing their new TV range at locations across the UK and last night we went down to Panasonic's London roadshow to see exactly how Freetime will work on its new TVs.

For those unfamiliar with Freetime, it's very similar to YouView in that it combines catch-up TV from the last seven days with a traditional timeline interface that you can access straight from your TV guide. Up until now, though, Freetime has only been available on satellite-based set top boxes, but Panasonic's new range of smart TVs (from the AS600 series upwards) will let you use the service regardless of whether you buy a TV with a Freeview or Freesat aerial tuner. This is a big step forward for Panasonic's smart TV interface, so we were keen to see it in action.

As well as a large live feed of your current source, you'll find options for the TV Guide, On Demand, Search and Showcase features. When you enter the TV Guide, the screen will now show just two columns of programs that are on now and those that are coming up next. Either side of those columns are two big "Later" and "Earlier" arrows. 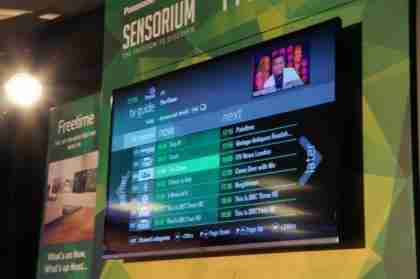 The TV Guide also borrows from Freetime, making it much easier to see what's currently on TV

Selecting Later will bring up a more traditional timeline view of everything that's on that day, but selecting Earlier will bring you into the Freetime.

The way it gets round the Freesat tuner issue is that Freetime here essentially acts as a shortcut to Panasonic's On Demand services, which streams content over the internet. For instance, selecting a program in Freetime will take you straight to its own On Demand page.

This may seem like having Freetime is slightly redundant if you've got already got all the major catch-up services in the On Demand section, but Panasonic explained the reason why both services are present on their new 2014 TVs is to not only make it easier to find last week's programs in the TV guide, but also to give customers the choice of watching TV that's older than seven days in the On Demand libraries. Other On Demand apps will include BBC Sport, BBC News and YouTube.

This makes sense, and we definitely prefer being able to simply scroll through the Freetime TV guide rather than having to dive in and out of various apps. 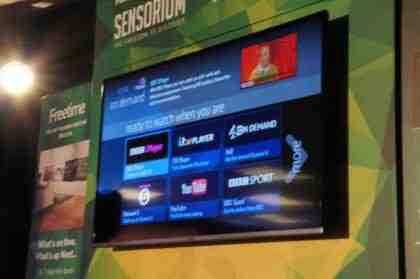 All your favourite On Demand apps are also available

Panasonic has also included a dedicated search function, which shows you all the channels and dates which a program was on so you can see when a particular episode will be repeated.

Showcase is available too, which will recommend programs hand-picked by Freesat. In our demo, there were six recommendations on show, but Panasonic said this may increase in the final version. If you've missed any Showcase recommendations, Showcase On Demand will let you watch older programs that have been collated by Showcase in the past when they're available. 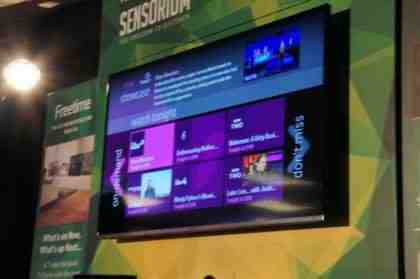 You can even see what "must-see" TV shows are coming up over the next week by going into the "Don't Miss" section of Showcase. Here, you'll also be able to set reminders about shows you want to watch. Unfortunately, recording from "Don't Miss" wasn't available during our demo, but Panasonic said it's currently under development and will likely make an appearance as an update to the service later in the year once the TVs have launched.